What is the “Sec” in DevSecOps? 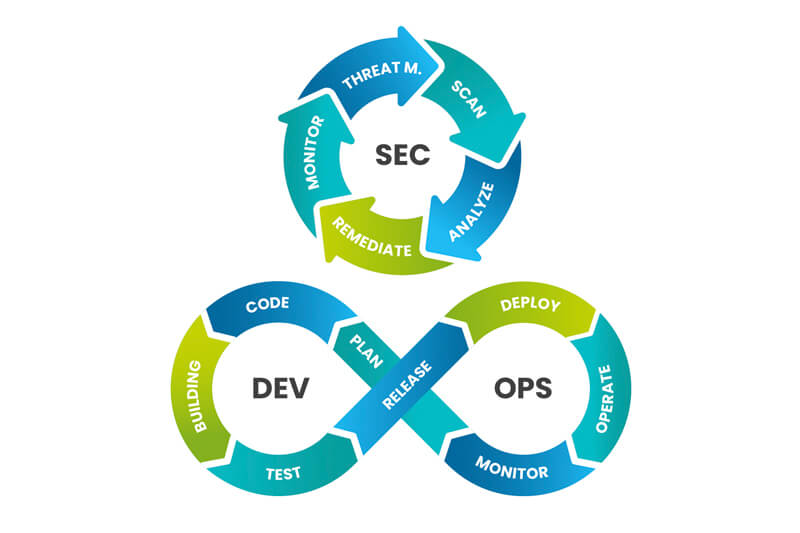 DevSecOps is a no doubt a strange term that you may have heard being thrown around by people in the technology industry. Sure, Dev means development and Ops means operations; those are pretty self-explanatory. And, previously, the word had just been DevOps. So, where did the Sec come from and what does it stand for? Sec is short for security, and it is a crucial part of the life cycle of your applications.

The Days of Yore

Previously, security was delegated to a single team. They would typically kick into high gear during the last stages of development to ensure everything was running safely and securely. When you spent years working through a life cycle, that was a viable possibility — but today we have collectively moved past that, and security needs to be agile enough to keep up with the times.

Nowadays, a full life cycle for your app might only be a matter of weeks or even days, so having security only start checking in during the final stages of development can bring everything to a grinding halt. With DevSecOps, everything, including security, is an end-to-end responsibility fully integrated throughout the entire life cycle.

For companies hoping to take full advantage of these initiatives, they need to be thinking about application and infrastructure security from the very beginning. It can no longer be an afterthought delegated to a single team near the end of the process.

The mindset of DevSecOps is that security is built in from the start instead of being an addition after the life cycle is nearly completed. By planning for security automation and having the developers work with security in mind, it eliminates the need for a time-consuming process in the end. Plus, you won’t have to worry about nearing the finish line only to suddenly discover a vital security flaw for which no one had previously accounted.

By including security teams in the whole process, they can be transparent about known threats and proactive about what to watch out for. That kind of information is crucial when you want to develop your app quickly. By using a risk/benefits analysis, your DevSecOps can determine risk tolerance and which security controls are needed for your app.

Security in the Cloud

Many companies have discovered that cloud-native technologies are not great for manual security checks that start near the end of lifecycle development. Security teams need to account for a lot more now than they used to. These new responsibilities include compliance with container-specific security guidelines.

Need a little help streamlining your DevSecOps efforts? We’re here to help! Pantek offers 24/7 expertise with cloud support services for all your company’s security needs. Contact us here today to talk with one of our specialists and begin putting your DevSecOps protocols in place for tomorrow’s security and success!